Work on my abroad photo stats infographic is well underway (or at least work on the program I’m writing to collect that data — more on that soon!). In the meantime, we’ve got another assignment.

Entitled “The City of Rhetoric”, this assignment asks to analyze some place in or around our city of Rochester, NY in terms of the rhetoric that went into and that results from its design.

This analysis will culminate in a Pecha Kucha, which is a type of presentation of Japanese origin that requires the speaker to only use exactly 20 slides shown for exactly 20 seconds 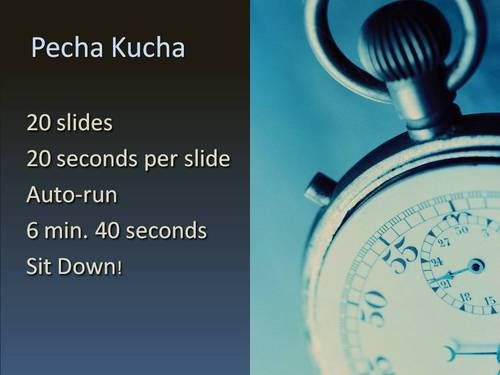 along with whatever audio counterpart the speaker deems appropriate, be it the speaker’s voice, music, miscellaneous sounds, or (most likely) some combination of the three. I think the Pecha Kucha (Japanese for “chit chat”) a very cool idea. One thing I really enjoy is working within limits—often a limit in choice in some aspects really brings out the creativity in others.

The most immediate question for me is, what place do I choose? My instinctual choice would be the St. John Fisher College campus, perhaps specifically its little-known nooks and crannies, which I know well after attending and working at the school for nearly three-and-a-half straight years. 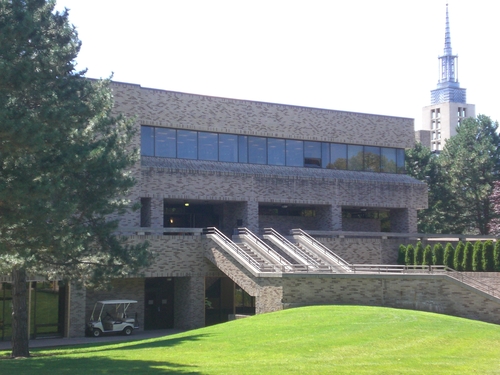 It’d be very interesting to me (and I think to everyone in the class, as members of the Fisher community) to gain some better insight into the kind of rhetorical effects that the design of the different bits of our campus has on us. But our professor was very specific about our chosen spot being off-campus. Perhaps I can still convince him otherwise.

I probably won’t bother, though, thanks to my other idea (which just came to me, to be honest). Rochester contains a space that I only discovered very recently, thanks to my friends. 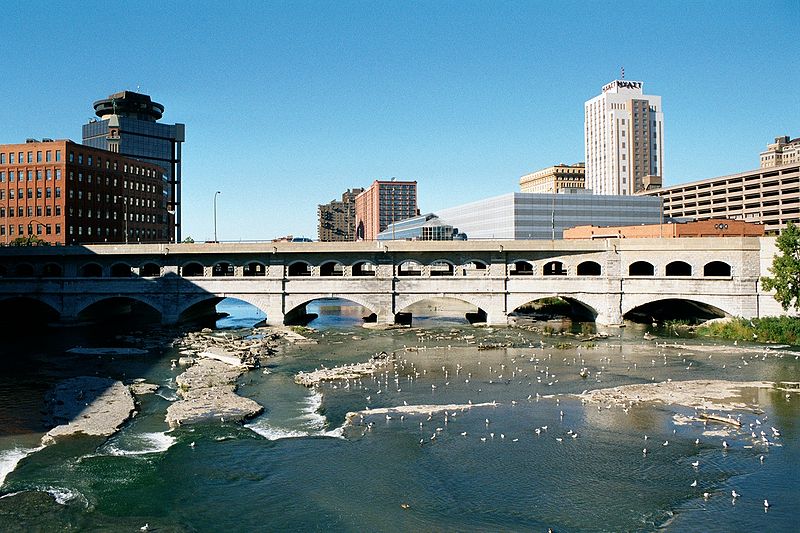 This abandoned aqueduct/subway tunnel in the middle of downtown, spanning the Genesee River and extending under the city’s public library, is infinitely interesting to me. This theoretically-off-limits place is in fact my favorite landmark in the city proper (which admittedly I’m only cursorily familiar with), and it’s thrilling to me that such an accidental, unofficial spot is so important to the city’s identity (at least from my perspective).

My one friend is doing a photography independent study focused on Rochester. As his flickr photostream reveals, he’s visited a lot of landmarks in and around the city, from Mount Hope Cemetery to Seabreeze amusement park. He also visited the abandoned aqueduct, and later took a bunch of us there when, feeling bored and spontaneous, we found ourselves dumped downtown by an RTS bus (thanks to the rarely-taken-advantage-of free bus passes provided by Fisher). 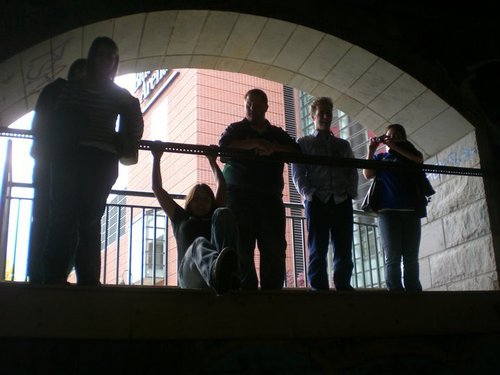 (which is not an activity for the physically-unfit), we found this: 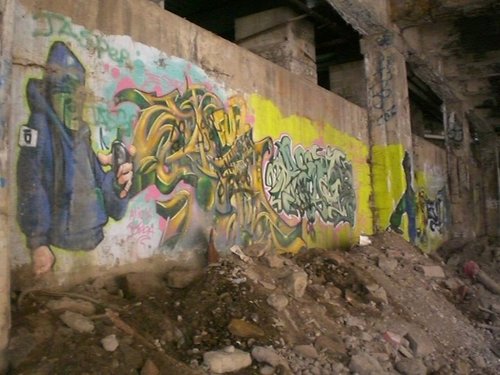 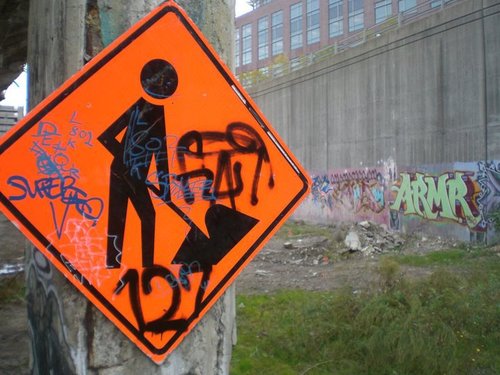 a world of graffiti, 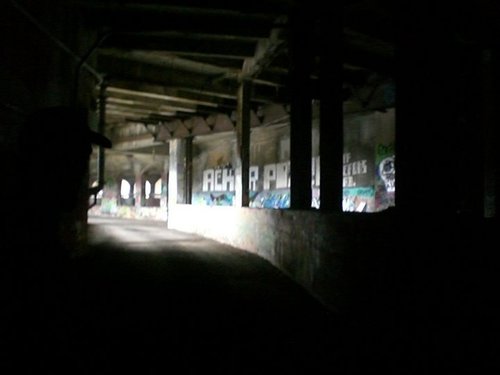 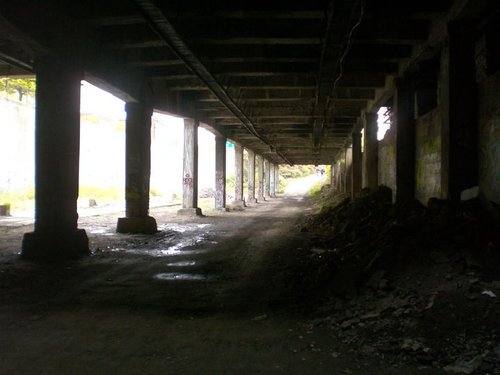 mounds of rubble and dirt.

It may not seem like much, but I assure you that it was very exciting to me. Adventurous and rebellious individuals and groups venture down here relatively often, and so it is a place where rhetoric has a role. I’m excited to explore what that role is.

All pictures in this post after the first two were taken by me. The skyline photo comes from Wikipedia, while the Pecha Kucha slide comes from this blog.