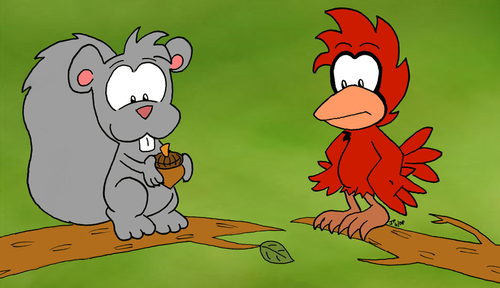 I’ve always drawn in my spare time, almost literally for as long as I can remember. I haven’t pursued the activity as anything more than a hobby, but I also haven’t ignored it. Some of you may know that I am currently Editorial Cartoonist and Comic Strip Artist for the Cardinal Courier, St. John Fisher College’s student-run (and award-winning) newspaper. I’ve held both posts since my freshmen year (after this summer I will be a senior, to put that in perspective), the second actually being created for me. The modest comic strip series I’ve drawn for the paper’s Lifestyles section for the past five semesters is titled Skip & Cal. Its titular characters, Skip Squirrel and Cal Cardinal, ideally represent not only the campus’s most prominent animal and its mascot (respectively) but often also the general thoughts and feelings of those who attend and work at Fisher.

I’ve always wanted to have an online archive of my past strips (since the Courier’s chosen web platform makes it difficult for them to do it themselves), and so I will from here on out occasionally be posting one or two past strips at a time for your viewing pleasure (or displeasure, given the questionable quality of some of them. College students are busy, you know!). If all goes well, future strips will appear here as well.

Before that, though, I wanted to properly introduce Skip and Cal as they appeared before the strip even existed, in three of the editorial cartoons from my first semester at Fisher. These were all hand-drawn by me, scanned, edited, and then each one appeared on the second page of an issue of the Cardinal Courier. Enjoy! 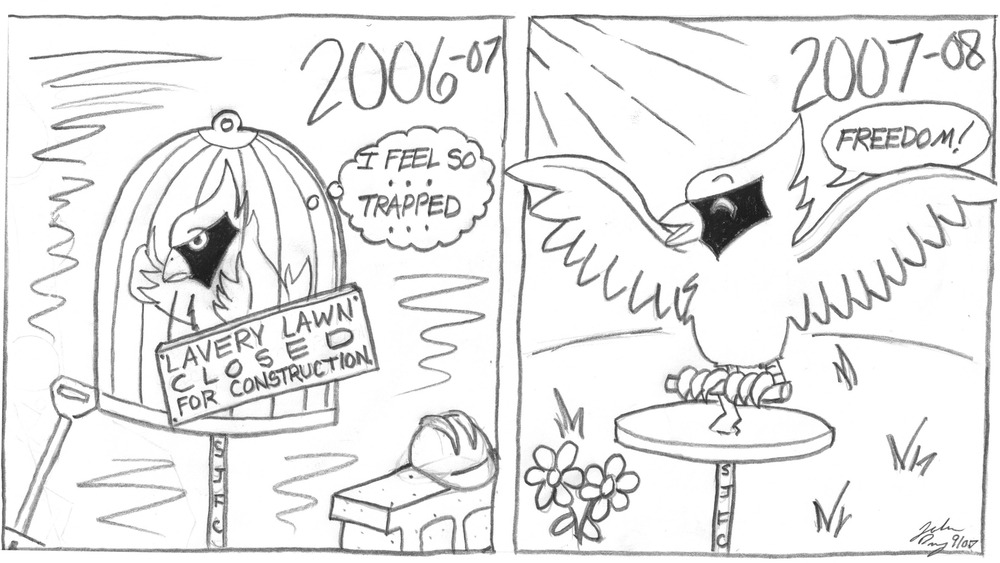 Cal’s first appearance, and my first contribution to the Courier, celebrates the long-awaited completion of the construction of the new quad (“LeChase Common”) where Lavery Lawn used to be, in the main classroom building quad. 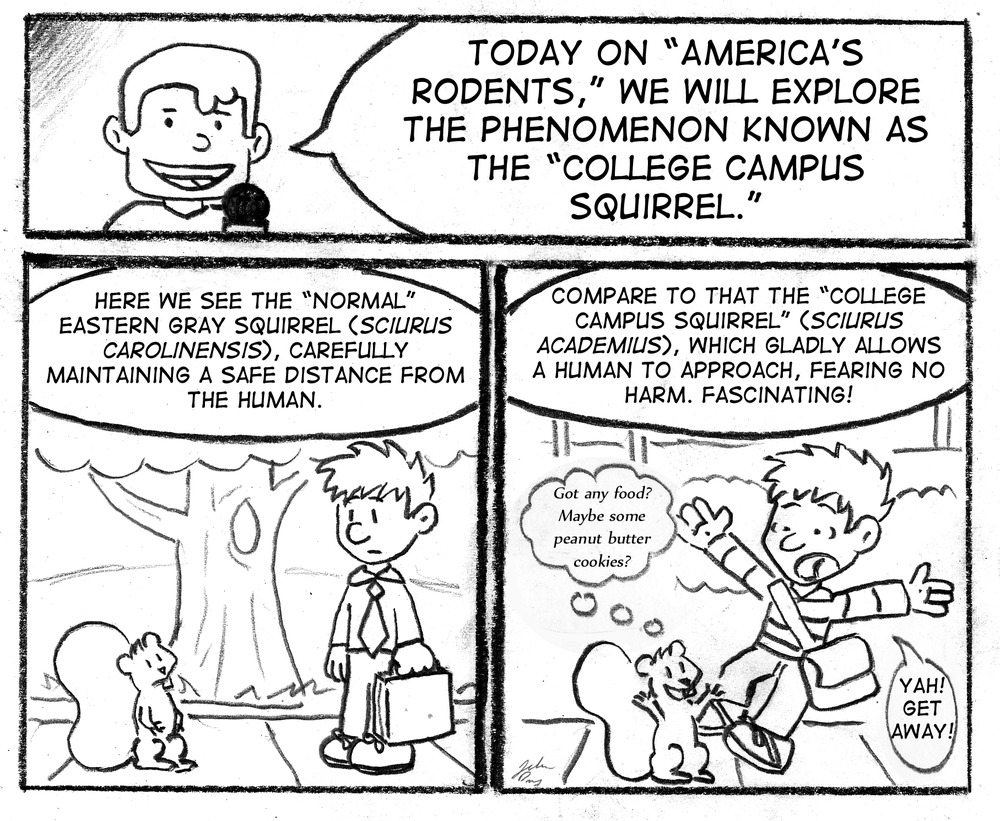 My personal favorite, this cartoon (possibly) marks Skip’s first appearance and closely reflects the actual behavior of the many squirrels on campus. 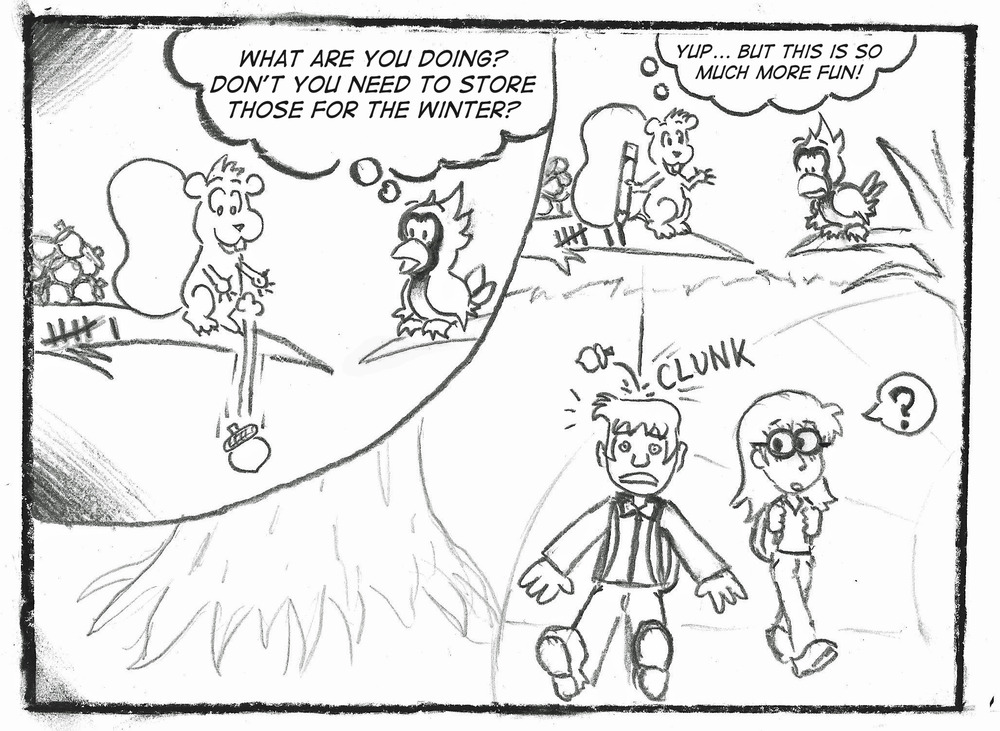 This is the first time we see our favorite squirrel and cardinal together, and also is the inaugural occurrence of Skip-drops-an-acorn-on-someone’s-head, inspired by a few near misses of nuts falling out of trees near me while walking back from class.

It’s amazing what you can come up with if you try, even if you’re a Creativity Nincompoop like me!

If you’d like more Skip & Cal, check out skipandcal.net, where I’ve archived all of my cartoons, including those starring our favorite squirrel and cardinal.